Visions of a Transcontinental Southern Highway: The Old Spanish Trail 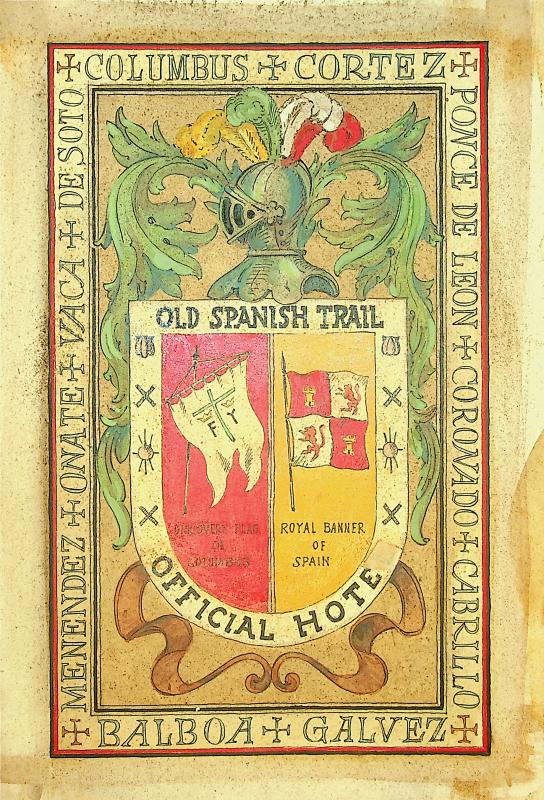 Membership Plaque of the OST

The Old Spanish Trail was a historic motorway connecting St. Augustine, Florida and San Diego, California. It weaved through forts, towns, and historic sites along the way. The boosters who created this trail imagined they were treading in the footsteps of Spanish padres and conquistadors along the Camino Real or “Royal Road.” This route’s historic romance beckoned tourists to follow along to experience this bygone era. The Old Spanish Trail (or OST) is an early example of heritage tourism, a new enterprise that emerged in the late-19th century using history as a tool for generating profit. Heritage tourism in the Southwest celebrated conquistadors and suppressed the narratives of the ethnic minority inhabitants, pushing them to the margins. Narratives of conquistadors and Spanish glamour appealed to boosters, in part because these stories were easier to digest.

Today, modern highways and city streets including US 80, US 90, and IH 10 have incorporated portions of the OST into their routes. These sections have been repaved with modern materials, replacing the brick, plank, and shell roads of the 1920s. Though the Old Spanish Trail Association fought to keep the OST name alive throughout the standardization of national highways, few segments of the original OST retain that name today. However, historians and OST enthusiasts keep the memory of one of the United States’ oldest highways alive through research, reenactment, and travel along this legendary route.

[The OST Trunklines and Tributaries 1923 Map]