The Naming of the Trail 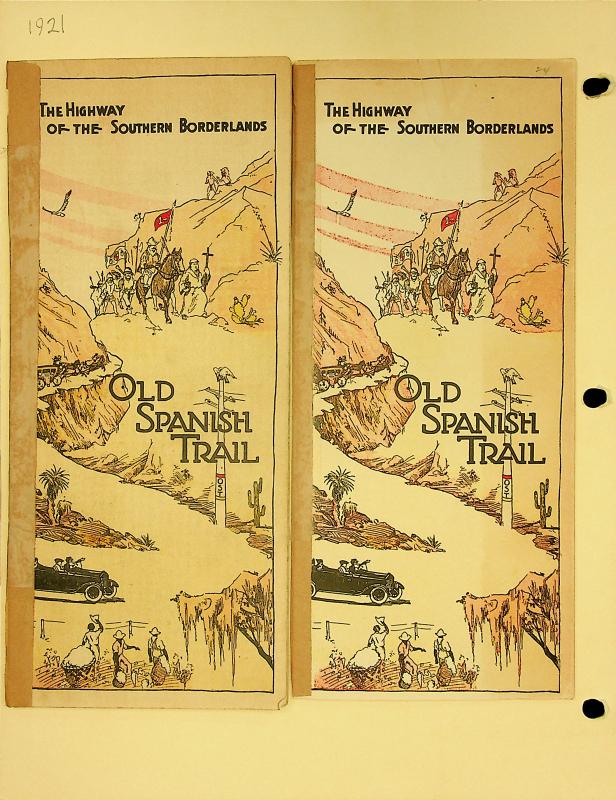 The OST Association chose the name Old Spanish Trail to reflect the Spanish history of the American south and southwest that came long before the route’s construction in the 1920s. According to the OST boosters, the trail as we understand it today follows many of the Camino Reals, or “Royal Roads,” that Spanish colonizers traversed during “The Age of Discovery.”

Indigenous peoples have always lived in the Americas and did so long before European contact. As the Spanish conquistadors, or “conquerors,” colonized Indigenous peoples, they used many tools to suppress them and make them conform to the Spanish way of life. Spanish missions like the Alamo are structures the Spanish used to “civilize” Indigenous populations. The mission is the church, the presidio is the military fort, the villa is the town, and together they form the basic units of early Spanish settlement. Many of these still stand today. Through international conflicts such as the Mexican War for Independence, the Texas War for Independence, and the Mexican American War, the USA claimed many of these historic sites. 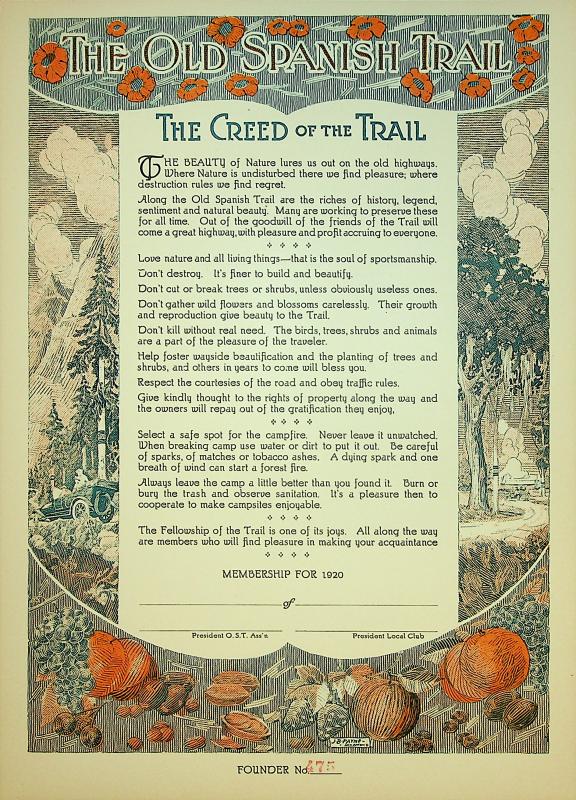 The OST Association’s Board of Directors saw the excitement and romance of conquistadors “discovering” a world unknown and capitalized on this history by referencing Spanish colonization in the trail’s name and its route. Several members of the Board of Directors took an interest in Spanish history, including Harral Ayres, the Managing Director. He went on to establish the Spanish History Research Society, based at St. Mary’s University in San Antonio.

While more neutral themes such as citrus and tropical agriculture were considered for the OST’s central focus, ultimately the Board of Directors decided upon celebrating the romance of Spanish colonialism, overlooking Native and Mexican voices and stories. The OST Association’s members often failed to consider the violence of Spanish conquistadors and padres to the Indigenous peoples and Mexicans who had lived under Spanish rule for centuries. During the Progressive Era (1890-1920), Americans frequently bandaged over the nation's colonial past, hiding ugly wounds instead of healing them. Heritage tourism efforts like the OST's contributed to these efforts to mask America's violent past.

While the trail served the many small communities along its route, it perpetuated harmful ideas about the subservience of Indigenous people to Spaniards and white Americans. Many historical sites and institutions still grapple with unpacking these difficult histories today.